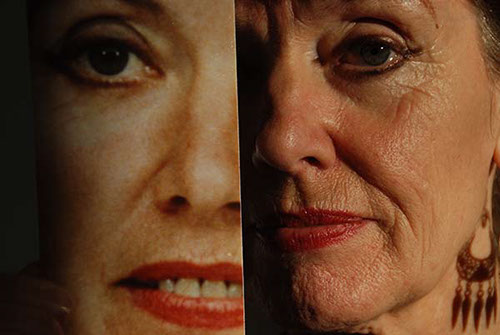 PDF of Interview with Annegret Soltau in October 2015 for EWVA.

Annegret Soltau was born in Lüneburg in 1946.

Soltau starting to work with photo overstitching in 1975, and then in 1976 she started experimenting with video. In 1982 she received a working scholarship from the Art Fund, Bonn.

1984 saw her awarded the Villa Massimo scholarship in Rome, which was followed by a residency in 1986-87. In 1989-90 she received a grant from the Arts Foundation, Bonn.

Later she was awarded the Wilhelm Loth Prize (Art prize awarded by the City of Darmstadt) in 200 and in 2011 the Marielies Hess Art Prize, Frankfurt am Main.